I want to remove an exact string, and putting ^ at the beginning and $ at the end matches perfectly in regex101 python for me.

It’s a very long string, but same every time. I’m markdown encoding an email, and want to remove the portion that is the signature before url encoding and sending to a webhook. (Another option would be removing an exact number of characters from the end, but the only thing I can find in Zapier formatting is being able to trim from the beginning...)

Is there something else I need to be doing other than ^ and $ to straight match?

View original
This post has been closed for comments. Please create a new post if you need help or have a question about this topic.

Are you able to provide screenshots with how you have your Zap step regex configured and an example of the data you are trying to extract?

It’s been a while so  has likely already solved this, but thought I’d pop in here to give some solutions just in case:

Remove the last part of the text

The following Pattern can be used in a Formatter (Text > Extract Pattern) step to extract text from between two values:
(?<=start-text)(.*?)(?=end-text) 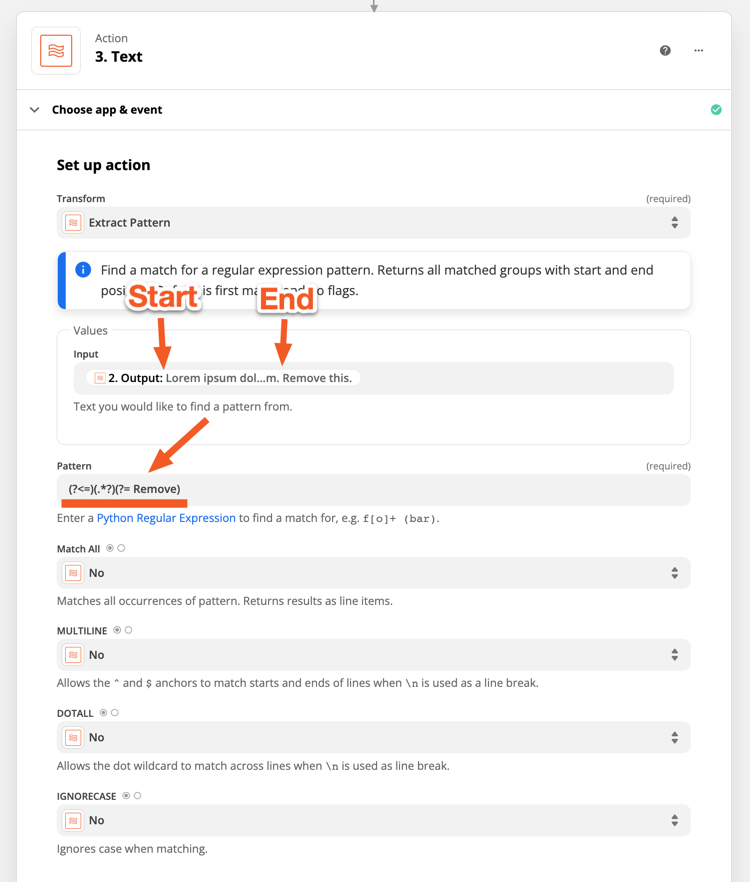 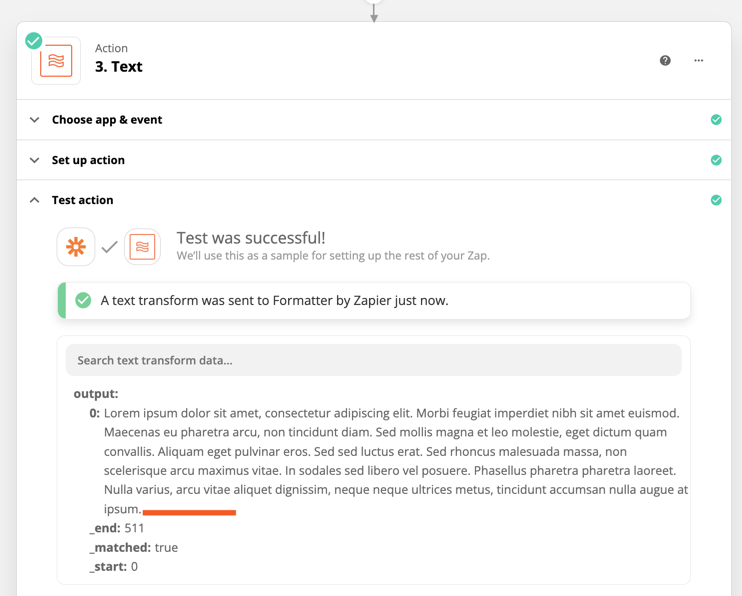 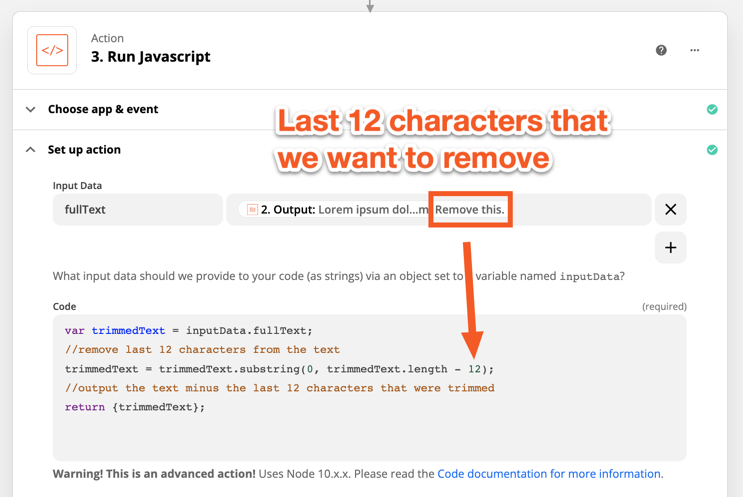 Here’s the code that you can copy and edit as necessary:

Then you’d end up with the last 12 characters being removed from the text: 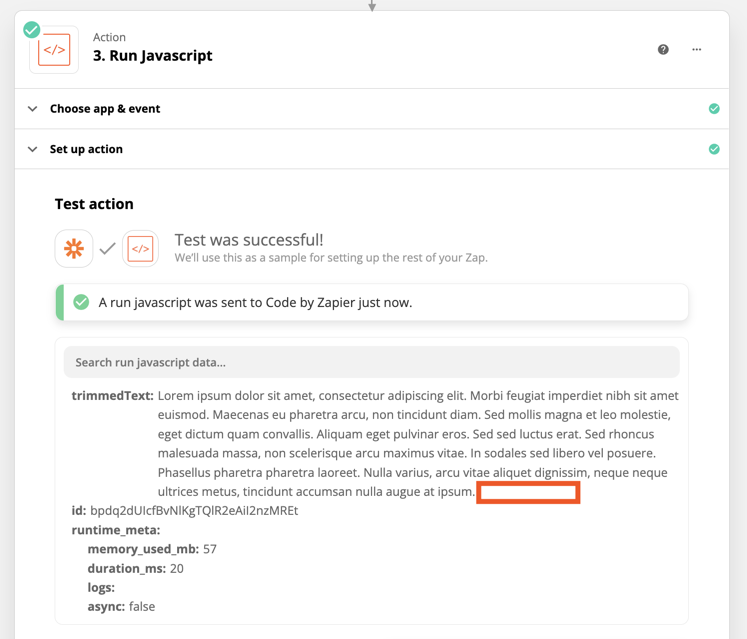 You can find out more about the Extract Pattern and Run Javascript actions here: