The trigger is a critical piece of our Zaps - as the trigger tells us when we have a new record to run the Zap for.

At the moment there are 3 main types of triggers that start Zaps.

With Instant triggers - something happens in the Trigger App and they immediately send a notification to Zapier.

This notification is what we use to trigger the Zap. (These are webhooks sent by the App to Zapier).

With an Instant trigger - your Zap will trigger immediately - regardless of your Zapier Plan.

In Zapier we’ll see a Tag identifying the trigger as Instant.

With Polling triggers - instead of being notified by the App - we go out and look for changes (We ask the App for changes in your account via their API with a GET request).

We do this every X minutes based on your plan level. Free and Starter Plans are 15 minutes - all other Plans vary between 5 minutes to 1 minute.

With Polling Triggers we also check for records that already exist (or have already triggered the Zap) using a process called Deduplication.

In Zapier we can identify a Polling trigger by the lack of an Instant Tag.

Hybrid Triggers are essentially a mix of the Instant and Polling triggers.

With Hybrid triggers we are notified by the App that there has been a change - but they don't send much detail.

After we receive the notification we go and Poll for the details of the changes.

We also then run the Deduplication process on the data as well - similar to a Polling trigger.

These triggers may show as Instant in Zapier. But in reality the can take up to 3 minutes or so to trigger your Zaps.

So these triggers are unique in that you can choose between using the Hybrid or Polling version of the trigger.

Can I Make a Polling Trigger Instant?

The quick answer is No.

We can't change the type of trigger - this is established when the Integration is programmed by the developers.

In some cases - you can configure the App to send a Webhook to Zapier - and use a Webhooks by Zapier Catch Hook Trigger.

But that solution would be dependent on the App you are using being able to send a webhook to Zapier.

Hopefully that provides some clarity on the different types of triggers that start Zaps. :) 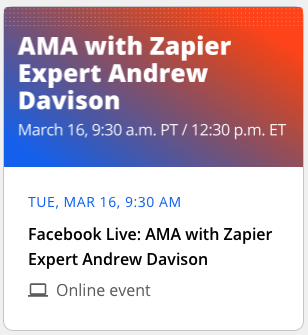